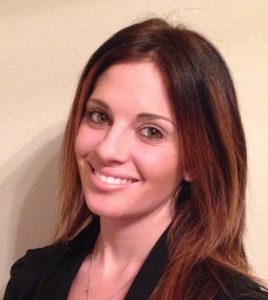 Jennifer Ries was born and raised in Southern California, grew up in an abusive household which led to her mother leaving her father, and eventually inspiring her mother to open a battered women’s shelter. At an early age Jennifer learned the meaning of Pay it Forward. Since the day she was able to give back to those in need the desire in her heart has never died. She began working in the medical field starting at a local hospital and down the road found herself at a southern California cancer center. Jennifer became a volunteer and worked there for 6 years. Those years changed the way she looked at the world. Patients told her that she made impressions on their life, not knowing they were leaving life long impressions, dreams, and desires inside her. During 2011, a close friend introduced Jennifer to Hanne, from Passport2Freedom. Hanne told of Jennifer of a vision and dream and for the first time Jennifer knew where her calling was. Passport2Freedom has opened her eyes to the sickening epidemic called human trafficking that is consuming the world as we know, in the dark. It is time that the light be shine down on the ugly truth.

Senator Raymond Neal Haynes was elected to the California Legislature in 1992, and served as a state assemblyman from 1992-94 and 2002-06, as well as a state senator from 1994-2002. Senator Haynes left the Legislature as a result of California’s term limits law in 2006, and opened a private law and government relations practice with an emphasis in environmental issues. During Senator Haynes’s time in the Legislature, he was the Senate Republican Whip from 1996-2002, where he was responsible for the preparation of analysis for the over 4,000 bills that are introduced in the California Legislature each year. Senator Haynes was also responsible for the Senate Republican floor operation, organizing floor speeches, Republican amendments to legislation and vote counting on behalf of Senate Republicans. In addition to his duties as the Republican Whip, Senator Haynes was Chairman of the Senate Constitutional Amendments Committee, Vice Chair of the Senate Health and Human Services Committee, Vice Chair of the Senate Education Committee, Vice Chair of the Senate Public Employees and Retirement Committee, Vice Chair of the Assembly Human Services Committee and served on the Senate Budget and Judiciary Committees, as well as the Assembly Budget, Appropriations, Judiciary and Health committees. Senator Haynes is currently a Key Spokesman for National Popular Vote and its sister organization, Support Popular Vote. Prior to his service in the Legislature, Senator Haynes’s community activities included service on the board of the Riverside Youth Service Center, an organization dedicated to helping the troubled youth Riverside, Calif.; the board of the Riverside County American Red Cross; Chair of the Moreno Valley Community Assistance Program, which provided food and clothing to those in need in the City of Moreno Valley in Riverside County; and the Planning Commission of the City of Moreno Valley. He received his B.A. in political science from California Lutheran College in 1976, his Master’s in public administration from Eastern Kentucky University in 1981 and his Juris Doctor from the University of Southern California in 1980. 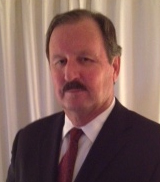 Don Howell is a detective with the Huntington Beach Police Department in California.  He graduated with honors from California State University, Los Angeles with a B.S. in Police Science Administration.  He has 40 years experience in police work in a variety of areas, with the majority of his career spent investigating sexually motivated crimes against women and children. The recent conviction of MMA fighter and character actor, Joseph Son, closed the book on Howard’s oldest case that involved the kidnap-rape-attempted murder of a 19-year-old woman by a 20-year-old man. Howard retired from full-time police work in 2003 and currently works part-time for HBPD where he investigates sex crimes and cold case homicides. Howard lectures at the Delinquency Control Institute on the University of Southern California campus and has guest lectured at many colleges, universities and conferences. Howard is a works for the Superior Court of Orange County as a Qualified Expert in the areas of incest, Rape Trauma syndrome, child sexual assault and other sexually motivated crimes. Howard has an extensive martial arts background and is currently developing a self-defense course specifically designed for women based on an understanding of sex offender behavior. Howard was a founding board member of the Adam Walsh Child Resource Center, which later became the California branch of the National Center for Missing and Exploited Children (NCMEC).  He served as a board member, advisory board member and special adviser to the Board of Directors, and was also involved in fund raising and public speaking for this group for 20 years. He is a 30-year member of the California Sexual Assault Investigators Association and was presented with its Sustained Achievement award in 2002. Don is the author of Sex Crime Interviews Simplified, A Guide to Interviewing Sex Crime Victims and Interviewing Sexually Motivated Offenders. 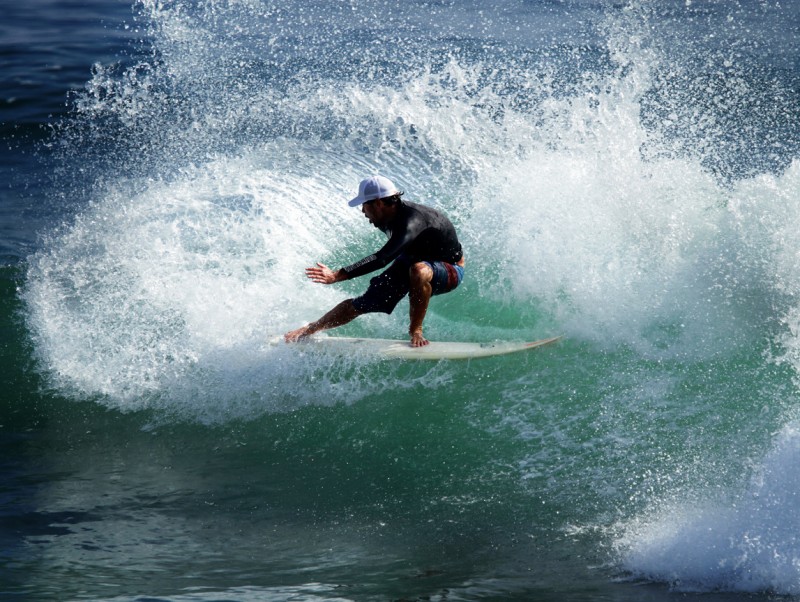 James Pribram has been a professional surfer for over two decades and is a well-respected ocean advocate and published writer. His work has been featured worldwide in publications such as Los Angeles Times, Coastline Pilot, Surfing Magazine, Transworld Surf and The Surfer’s Journal. Pribram has been awarded the highly regarded John Kelly Award, the Heart and Soul Award, and the HOPE Award, and was voted Laguna Beach Athlete of the Year for the Patriots Day parade 2011 as a result of his dedication to the environment. He continues his mission through the given name the “Eco Warrior.” Pribram’s Eco Warrior project raises awareness for environmental issues around the world, such as improving water quality and protecting endangered reefs and wildlife, and is documented by multi-faceted public platforms. Pribram’s main goal is to continue broadcasting his experiences to a larger audience in hopes of reaching like-minded, eco-friendly people and enhancing life on earth for everyone. 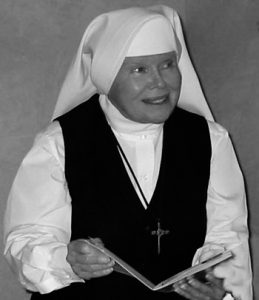 Born as Mary Clarke into an Irish-Catholic family, Mother Antonia Brenner was raised in the exclusive community of Beverly Hills, Calif. Privileged lifestyle not withstanding, it was a common practice of Mother Antonia’s family to care for those in need. In her early years, she participated in a variety of help programs, such as sending medical supplies across continents to aid the suffering in Africa, India, Korea, the Philippines and South America, or in providing assistance to the United Farm Workers movement. First married at a young age, Mother Antonia raised seven children in two marriages. She was also heavily involved in charitable activities while running her late father’s business. After 25 years of marriage and after most of her children were out of the house, she drastically changed her life. In a period of just a few years, she divorced, sold her home and possessions and began to serve full-time to prisoners at La Mesa penitentiary in Tijuana, Mexico. Bishop Juan Jesus Posadas of Tijuana and Bishop Leo Maher of San Diego welcomed and blessed Mother Antonia. Bishop Maher made her an auxiliary to him and Bishop Posadas made her an auxiliary Mercedarian. By age 50, she had become a sister, providing spiritual guidance to the guards and inmates. With encouragement from the Bishops and many other supporters, Sister Antonia initiated the religious community, Eudist Servants of the Eleventh Hour, formally accepted by the Bishop of Tijuana in 2003. For a more detailed account of Mother Antonia’s life and ministry, you are encouraged to read The Prison Angel by the Pulitzer Prize-winning team Mary Jordan and Kevin Sullivan. 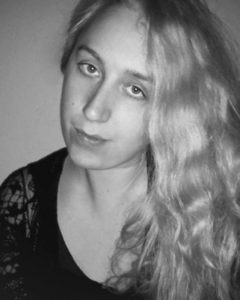 Elizabeth O’Hara is a documentary photographer and cinematographer, shooting professionally for over ten years, beginning in her native city of Chicago. After graduating from the University of Wisconsin-Madison with a Bachelor’s in Rhetorical Studies, Elizabeth moved to New York City where she worked alongside Vogue fashion photographer, Andrea Blanch. Elizabeth’s work has been published in newspapers and magazines nationwide, most notably in National Geographic Online, Chicago Tribune, CNN Online and Rolling Stone Magazine. While Elizabeth’s work reflects a variety of photographic genres, her personal passion continues to focus on documentary imagery, honing in on the human condition and population psychology. Elizabeth became passionate in studying human trafficking after traveling through Amsterdam where she witnessed johns window shopping for women. She moved to San Francisco in 2009 and came across the case of Sara Kruzan, a sex trafficking victim who was sentenced to life in prison for killing her pimp when she was 16 after he had groomed her for sex trafficking since she was 11. Elizabeth launched the Faces For Sara Kruzan photo petition campaigning for Kruzan’s prison release. In 2012, she started a movement called Save Sara: A Campaign to Free Sara Kruzan through the activist-oriented website, www.savesara.com. Serving to the public on a global scale, the movement consolidates the complexity of Kruzan’s case into a simple platform where people can easily navigate and take immediate action. In June 2012, Elizabeth spoke at an anti-trafficking conference at the Malcolm X Library in San Diego, Calif. Not only did the opportunity spark a new room full of supporters, but it also connected Elizabeth’s efforts to other anti-trafficking coalitions based around the world that specialize in providing victims with legal assistance, emotional counseling and safe housing.